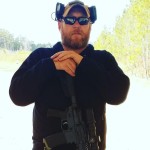 Retired Senior Noncommissioned Officer of Infantry with 20 years of active service in the United States Army. "During my tenure, I was blessed to serve in some of the most storied units in the Army, including the 82nd Airborne Division and the 506th Infantry Regiment (AASLT) (Band of Brothers), and with some of the finest human beings one could know. I have deployed to both Iraq and Afghanistan in support of combat operations, served on deployments to Egypt and Saudi Arabia in support of peacekeeping and stability operations, and served on the Korean Demilitarized Zone (DMZ). My final assignment in the Army was as the 82nd Airborne Division Small Arms Master Gunner, developing and instituting weapons training, conducting force modernization activities pertaining to small arms weapons and enablers, and consulting with the Maneuver Center of Excellence (Fort Benning, GA) on said subjects. I have attended both shooter and instructor level classes from some of the best trainers in the industry, am an NRA certified instructor, and have conducted firearms training on the civilian market for concerned citizens since 2007."