Network Support I
#1
EDIT this should probably be in The Sweatshop instead of Workbench, sorry about that.

Posting in The Workbench as well as on LF and hoping it gets a couple of views. My team has an old set of Remington R1 Eyeball Cameras that despite the fact that they are really old tech, we love. It's hard to explain, but they are just the right tool for a crap ton of jobs, and we still use the hell out of them even though we have "better" tech also. Well, until today, when we finally destroyed them. Partially because our budget is spent for the year, and partially because I like the satisfaction of fixing things, I've decided to try and rehab our system. Although I am handy and have a basic grasp of electricity, I'm at the outer edges of what I should be tinkering with. They are old enough tech that I feel like I have a chance of success but could use some help from the braintrust here. I have 2 areas of repair that need done.

If you're not familiar with them, the system consists of 2 baseball sized, armored ball shaped cameras and a remote viewing monitor. The cameras are weighted with a base so that they upright themselves in a room, and the base is geared so that the cameras rotate 360* once in place. They were marketed by Remington, though I'm fairly certain not made by them, and as such, getting support from anyone on them is non existent, hence my Macguyvering.


The first, most pressing is that one of the antenna wires snapped off going into the monitor on the left hand side. See below 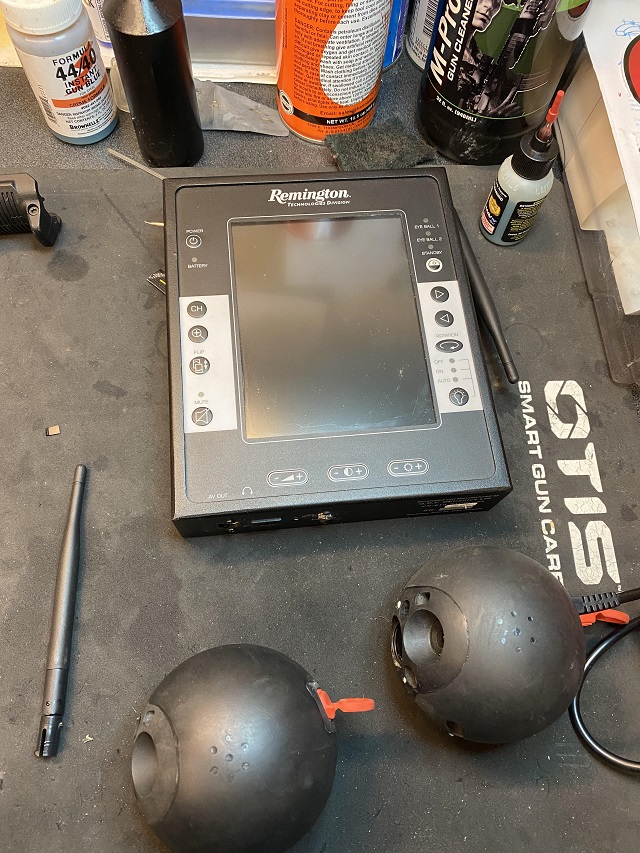 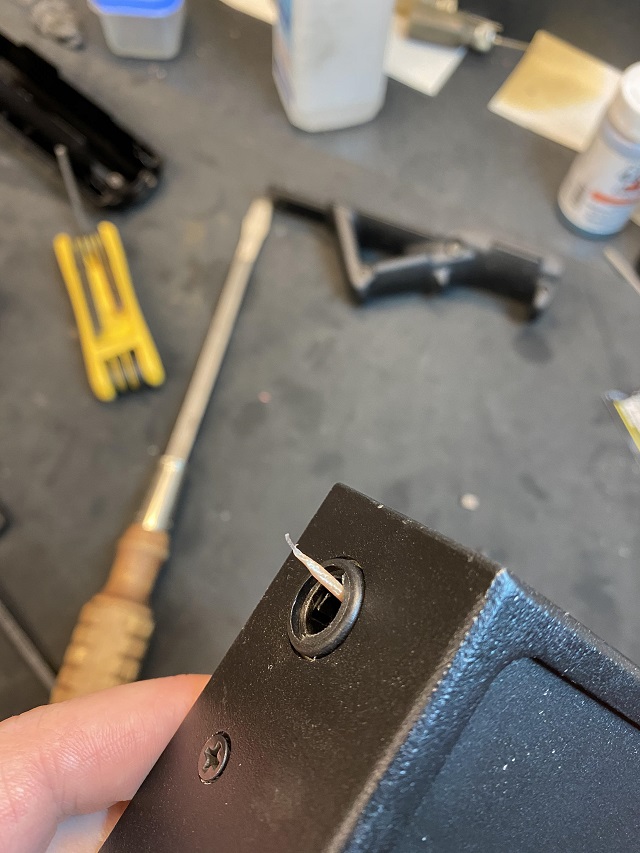 You can see a portion of the antenna wire still sticking out of the upper left hand corner of the monitor. This is the Audio/Video antenna (the one of the other side is evidently the DATA antenna, whatever that means) and after if broke, the camera was still usable but range was limited and picture quality reduced.


A closeup of the antenna, snapped off shows the wire snapped in the middle of the articulating joint on the antenna. 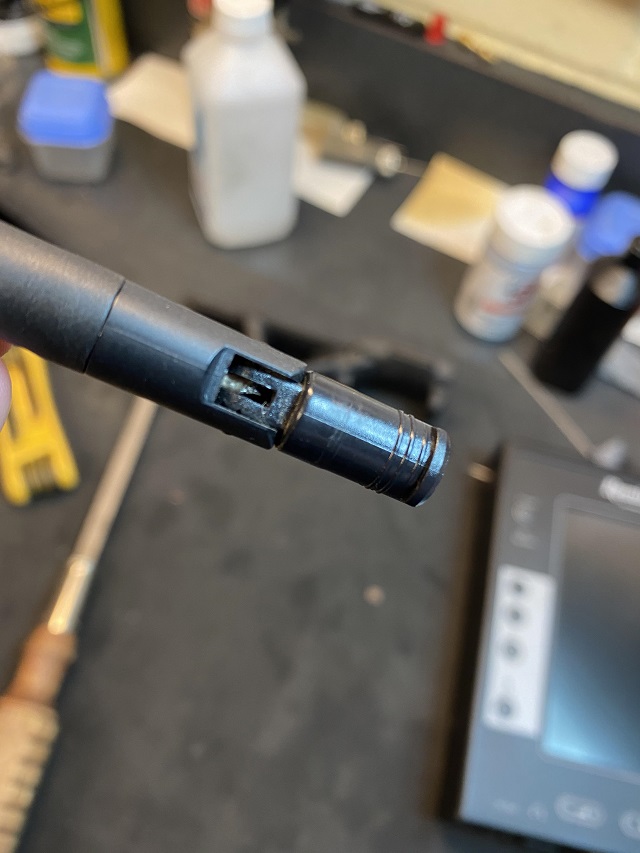 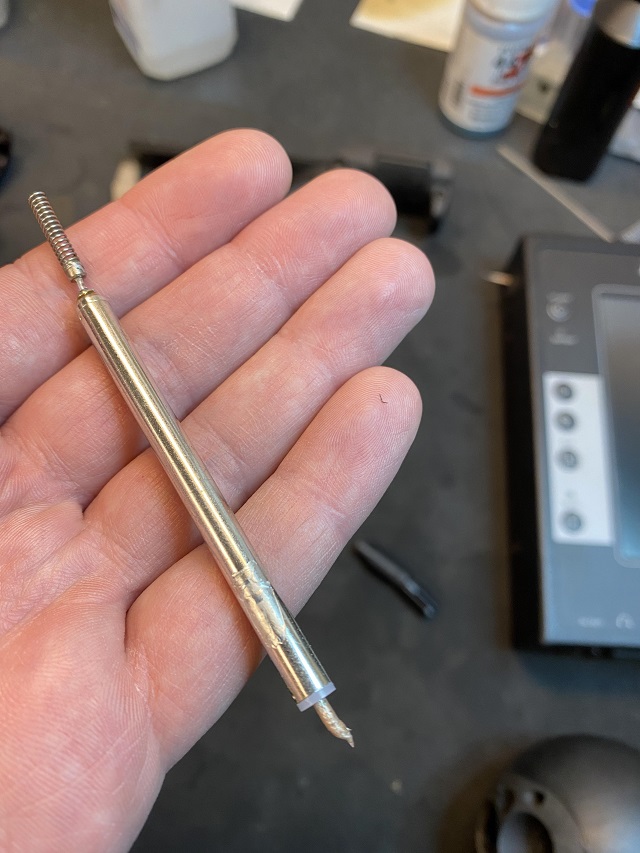 Which is a hollow metal tube, with the wire going all the way through it and being soldered on top. The spring just sits on the top end and looks like it just keeps the metal tube from bouncing in the end of the plastic antenna housing.

And flipping over the project box, here is where the antenna wire goes, terminating in the 90* fitting on the board. 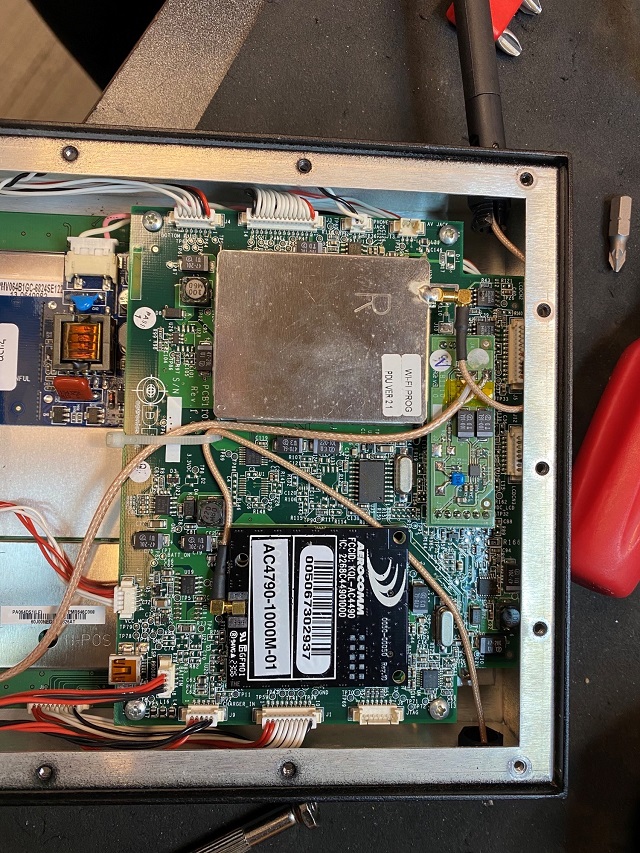 I then took apart the antenna, removing the solder and this is what I end up with 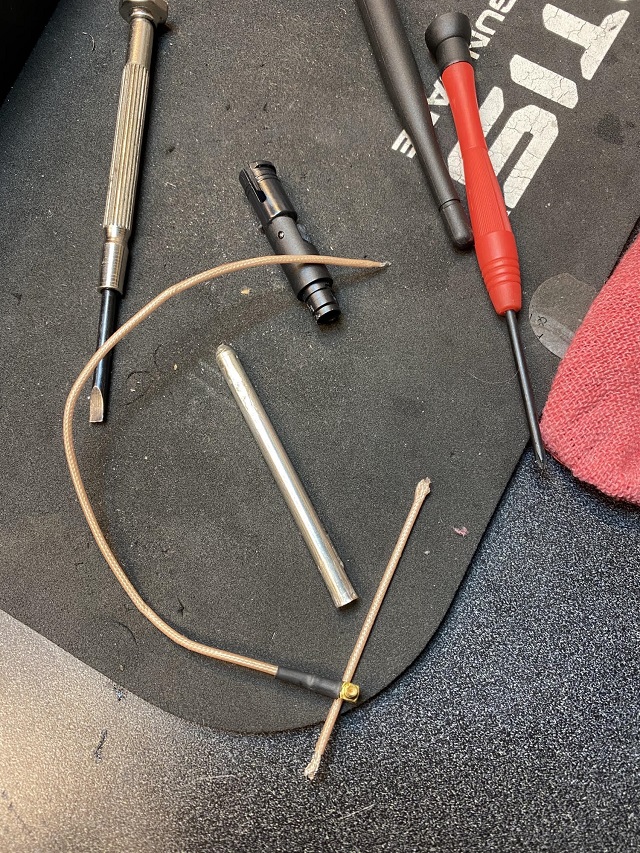 The wire initially looks like the tiniest coax cable you've ever seen and indeed the 90* gold fitting does have what look like a coax plug on the end of it however, on closer inspection the antenna wire itself appears to be steel braided, maybe 18 gauge wire with a thin plastic piece going right up the middle of the braid. 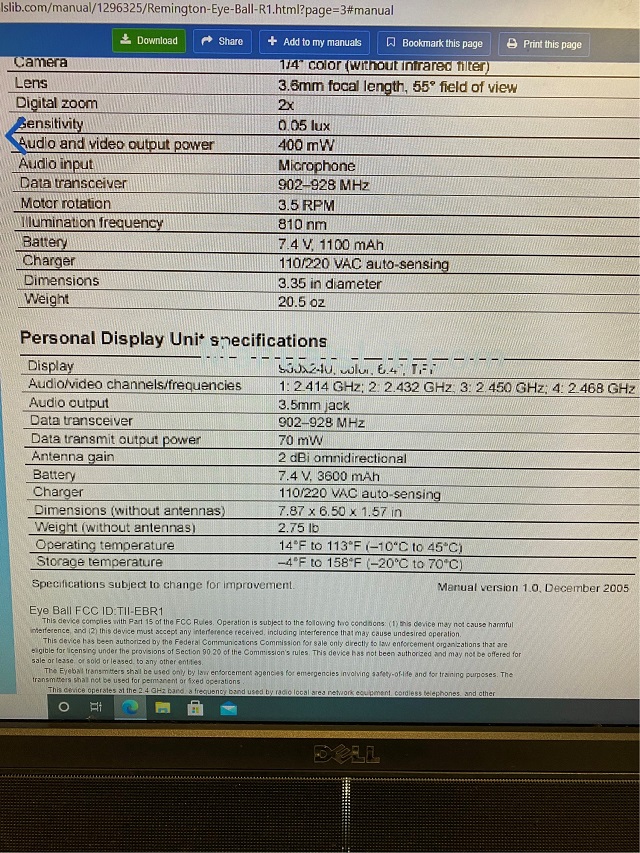 Now my thoughts on repair, and this is where I am woefully uneducated, is to get some steel 18 gauge speaker wire, strip, solder, and heat shrink a replacement piece onto the existing wire that is pressed into the the 90* gold fitting then run that new piece of wire into the metal antenna "straw", and solder it back together at the top of the straw. But I don't know if that will not work for some unforseen reason and would love to hear from some Commo or otherwise techy LFers before I try it. There's so much about antennas I don't know that I'm not sure if doing this will affect antenna frequency or what. My other thought was to get a replacement Wifi antenna in the 2.4ghz range since that seems to be what the tech specs say it is operating in, and try and strip the internals out and retrofit them into the existing plastic antenna housing and 90* fitting pigtail, but I have no idea if that will work. I'm sure I've absolutely butchered a whole bunch of parts names in this post.

The second issue I need to fix is that a plastic gear in the base of one of the balls cracked 2 (i think) teeth off of it, causing a dead spot in the rotation. It was easy enough to get apart, but finding a replacement small plastic gear is proving tricky. My first thought was a hobby shop for RC race car parts, but I've been thumbing through RC catalogs without much luck The gear, shown below is plastic, and should have 19 (I think) teeth. With a set of calipers, it measures 10.2 MM OD, and the driveshaft it sits on is 3mm diameter and D shaped. Any help finding a replacement would be greatly appreciated...is this something that could be 3d printed as a one off? 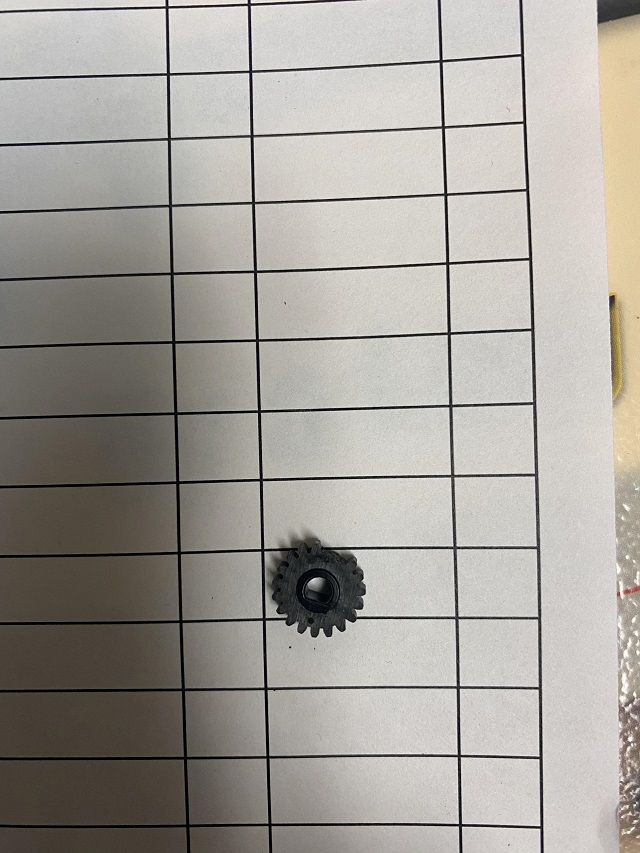 Thanks in advance with this project where I get to say balls a lot.

#2
From the information you provided, I would start with sourcing a replacement wifi antenna. Speaker wire may work (if you cut it to the right length) but the specs line up with the wifi frequency range and it will probably be simpler to source that.

As far as the gear goes, I think 3D printing it will be good. I don't know a lot about 3D printing but I had a coworker who did all sorts or crazy gears and stuff with his. If there is a Makers Space near you, you can try contacting them to see if anyone there is 3D printing guru.

Hopefully I was helpful. I think you have the right ideas for the problems you presented.