I attended DARC Law Enforcement Counter Terrorist Course as an Instructor Development student. I have attended the course twice as a student. Initially, the students in class as a whole were standoffish with their classmates and instructors as per the norm. Most officers attending were in tactical units or had prior tactical training, with that- most students were proficient with their weapon systems.

As per the norm, most students had an open mind and tried the techniques that were demonstrated and explained. There was resistance with some students in following the provided SOP. I was assigned the Blue team (with another ID student who I know from a previous class). Blue team consisted of a very motivated group of competitive men (read – warrior spirit) who insisted on practicing clearing and moving techniques beyond what was required. If the class cleared the shoot house six times, blue team cleared the house ten times. This initiation was ignited by the students with guidance and help from the Blue team instructors. This attitude of the majority made my job as an instructor much easier. Fortunately, these officers were not afraid to ask questions to clarify misunderstandings or concepts not explained in a manner they were used to.

As the course continued, the Blue team’s unit cohesion increased and this was apparent to other teams (Red, Gold) and instructors while they watched Blue work. The Blue team was attentive to the instructions and lessons provided by the primary instructors. While observing the teams from the catwalk, I took note and addressed the issues I observed. Cohesion increased and Blue began correcting its SOP mistakes from within. Unfortunately, after Blue meshed so well, the whole class was restructured as a single response unit (as per the lesson plan).

Having been a firearms instructor for many years, I have not had an opportunity to help teach a concept and see it executed in this manner. Typical LE flat range instruction includes simple instruction with one or two problems to address. Mistakes are addressed and corrected. I had not realized the responsibility for this role. At DARC, students address complex problems in a hostile and uncomfortable atmosphere. The best part – any stress the student feels is self-induced. For mistakes done by my team at DARC – as an instructor, I must take responsibility. If they are taught incorrectly or don’t understand a concept fully and are exploited by OpFor due to my lack of attention – it is my fault.

There is the factor of the student not being motivated, care, or simply not having a solid background in weapons, tactical, or close quarters combat. We seemed to have all three types within the class, but fortunately they were a minority. Two students in attendance had never handled/fired an M4 type carbine. Observing their body language and talking to them showed me they were completely out of their element. At the end of the course, they had become part of the team and had working knowledge and application of the SOP.

Unfortunately we also had students who were weak in character. Immaturity, not taking responsibility for their actions, and/or not caring affected the team as a whole – and affected the mission outcome. A squared away student approached me about issues he had with some other students’ behavior. I advised him of a proper course and he followed. He ultimately counseled the problem and due to his immediate action, an op went much better than it was originally heading.

A common issue I observed was students who did not stay with the class on the catwalk for instruction didn’t know what to do during the op. (Imagine that!) Multiple times we heard excuses from the weaker students. Multiple times we watched the problem students on perimeter containment of an op chase butterflies in the field or pray for long periods of time- we too had nvgs, we also had thermal.

I suspect an officer or two may have been overwhelmed and scared with the combination of unfamiliar area, instructors, material, time involved, and problems they faced. I saw a few cases of shutdown in some intersections of the shoot house.

Other than weakness of character, I think the solution to those other problems is preparedness. To receive everything this course offers, you must be prepared. Preparedness allows you to learn with minimal distraction. DARC LECTC is not an entry level school. You will be doing ops from sundown to 0200-0600 hrs daily (Monday to Friday). You will be fully kitted up – helmet, gasmask, gloves, protective gear, plate carrier, weapons and ammo during ALL OPS. Your opponents are highly skilled and motivated OpFor who know your tactics and know the layout of the area better than you. If you don’t know how to run an M4, op time is not the time. Read the shopping list – bring all the required items. Hydrate, eat, enjoy – lather, rinse, repeat.


Steve Andrews reminded me of a conversation we had which is paramount in life - Be Present. Don't live on autopilot.

For DARC purposes; focus always on the learning objective, learn the concepts, know the concepts, always be thinking how will your actions affect your teammates. Follow the SOP.

Leadership is a huge facet of the class - part of that leadership quality is to know when it is your time to lead and when to follow.

There is nothing like DARC LECTC. I’m coming back.

Moderator
#2
This is familiar. I think I was there.

Oh yeah. Going to find my AAR on the computer then paste it here.

Staff member
Moderator
WARLORD
#3
I think I will go get kicked in the balls again at some point....

Moderator
#4
Night One, Run one:

#5
And here is how it feels as opfor on Day four's last run if everyone does what the Viking says.

Staff member
Administrator
#6
For clarification, the Opfor are the ones getting shot in that video...

#7
Riafdnal said:
For clarification, the Opfor are the ones getting shot in that video...
Click to expand...
https://3.bp.blogspot.com/-M9YvwKomcNs/T3V7PPFjs8I/AAAAAAAACBY/O8czvJbi9Sg/s1600/truestory.jpg 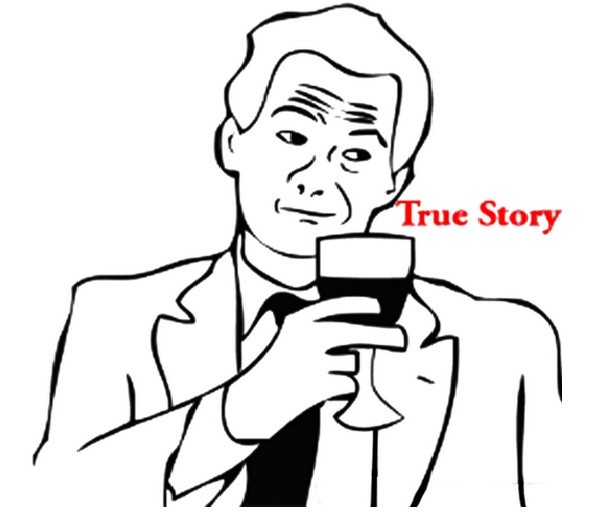