The SIG SAUER P320MAX is a 9mm striker-fired pistol optimized for competition at the highest levels, specifically in the Carry Optics division. The pistol is built around the TXG tungsten infused heavy XFULL grip module with a flat skeletonized trigger. The SIG Custom Works P320MAX slide was completely redesigned with custom wrap-around serrations for ideal side and top manipulation and is fit with a 5” match grade bull barrel, one-piece stainless steel guide rod, and both a 14lb. and 12lb. 1911-style recoil spring, allowing for an easily customized shooting experience. The pistol comes standard with a SIG SAUER Electro-Optics 6MOA ROMEO3MAX, and 4EA 21rd Steel Magazines
Click to expand...

Why the extra long barrel on the XCarry Legion? That seems to be a common thing with threaded barrels for SIGs and I cannot understand why.

Stanislao said:
Why the extra long barrel on the XCarry Legion? That seems to be a common thing with threaded barrels for SIGs and I cannot understand why.
Click to expand...

Own a piece of history with this exclusive M18-Commemorative.

“The M18-Commemorative is an exciting release for the commercial market, and much like the M17-Commemorative will be coveted by members of the military, veterans, collectors, and firearm enthusiasts alike,” said Tom Taylor, Sig's chief marketing officer and executive vice president, commercial sales. “Only 5,000 of the M18-Commemorative pistols are being manufactured and include all the required modular handgun system markings including the U.S. Army’s unique identifier (UID) and Sig Sauer Cage Code, making the M18-Commemorative identical to the pistol currently in service with the U.S. military.”
Click to expand...

Own a piece of history with this exclusive M18-Commemorative.

They will sell out of them. Good on Sig for making a profit on something that isn't a rainbow coated 938...

WAVandal said:
They will sell out of them. Good on Sig for making a profit on something that isn't a rainbow coated 938...
Click to expand...

True. Some of the ones listed on Gunbroker are already being bid up into the mid-high $1,000+ range 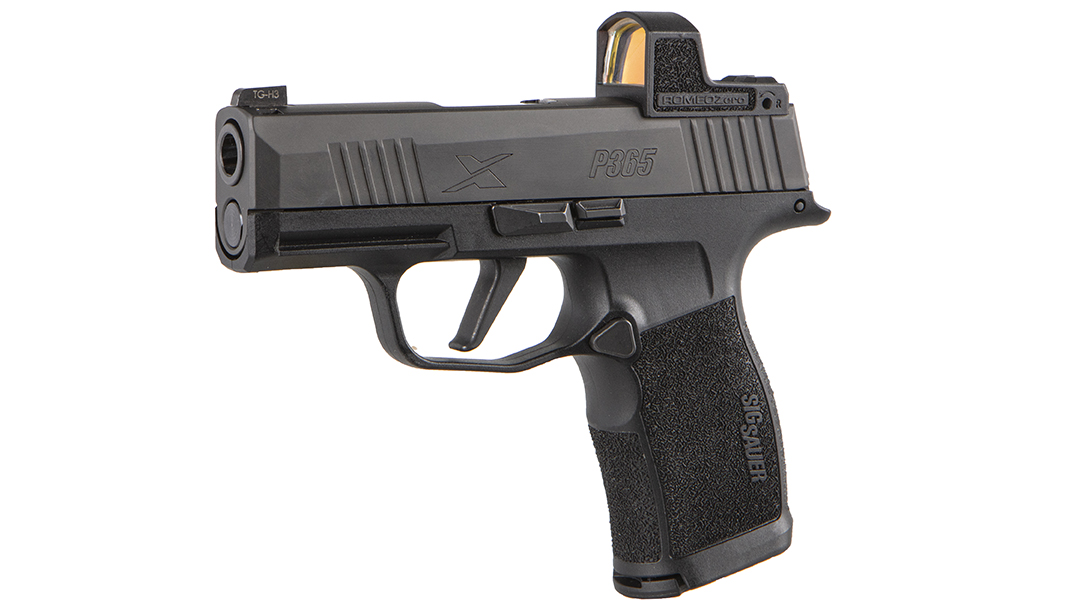 Combining the 3.1-inch barreled P365 with an XSERIES grip frame, topped with a rugged red dot, the SIG P365X ROMEOZero is carry-optics ready. One of the most innovative firearm designs in recent memory, the SIG SAUER P365 9mm has quickly become a popular handgun among gun owners. Now, SIG SAUER is int

Next up looks to be the AXG Classic model, black anodized module with walnut grips and backstrap:

Combining the weight and balance of our classic metal-framed pistols with the performance and reliability of the P320.

Drool. Those grips are gorgeous. Maybe not useful, but damn if they're not pretty.

Looks like they’re adding the P365 to the Custom Works FCU/Studio program:

The P365 Custom Works Fire Control Unit (FCU) brings an unprecedented level of customizability and personalization to the micro-compact carry platform. From grip modules, magazines, custom slides, barrels, optics, and accessories, you can configure you P365 in thousands of different ways to personally customize your pistol to your specific carry needs using the all new P365 FCU Studio.
Click to expand...

America’s most popular micro-compact pistol, is now also the most customizable.